What is the Tactical Knife? 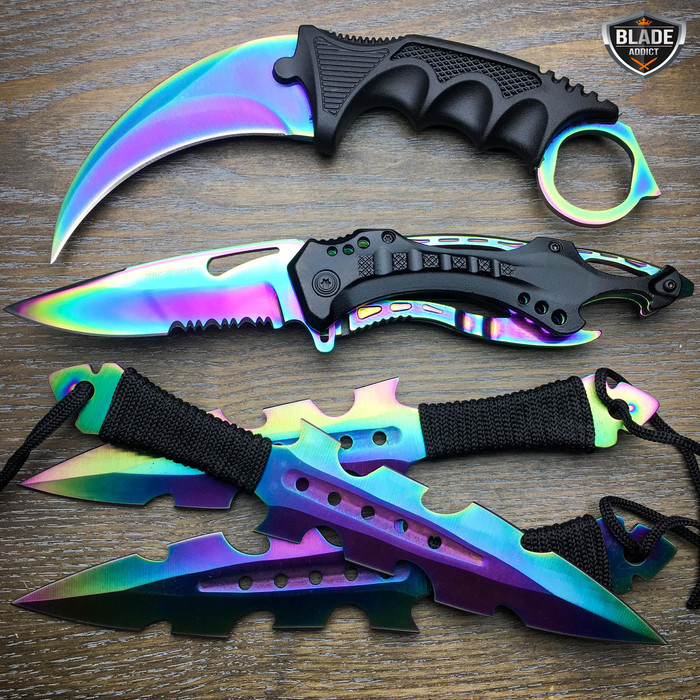 The tactical knife is distinct from the combat knife in COD: WW2. It’s an attachment for your secondary pistol and can only be equipped as such.

Focus on leveling up your pistol to unlock this third attachment and then equip it in the weapon selection screen before a match. This will allow your character in the match to display their pistol in their right hand and the tactical knife in their left-hand. Also you should wear a good tactical sunglasses.

The presence of the tactical knife allows you to dish out immediate critical damage to an enemy within melee range. This high burst damage capability makes your soldier particularly deadly in close quarters engagements and the presence of your pistol still allows you to deal damage from a distance.

As a bonus perk, the tactical knife equipped with your pistol will grant the latter a larger zoom so you’ll be able to hit shots from further away.

In addition, the pistol doesn’t make anywhere near the same audio disturbance as firing a gun; it’s perfectly possible to silently kill another player and not alert his teammates in the same building.

The emphasis on stealthy and close quarter combat means that resistance division players with a tactical pistol are best on small maps where most of the engagements will occur within sprinting distance.

How to Equip the Tactical Knife

Equipping the tactical knife is done by finding the pistol attachments section of your screen and scrolling down until you find the attachment. If the attachment is not available, it means that you must level of your resistance division character and unlock the previous two attachments beforehand.

Think about it; you wouldn’t bring a knife to a sniper rifle fight, would you?

The tactical knife is an extremely fast melee weapon that inflicts its damage in the single burst provided you are within range when you press the melee button. The knife has an extremely fast time to kill (TTK) compared to other weapons, and you also have access to your favorite pistol for enemies just outside your operational range.

To that end, you should try to use the tactical knife around the corners of buildings and while crouched. Stealth and surprise are both keys when it comes to closing the gap between yourself and your unsuspecting enemy.

Perhaps not surprisingly, the tactical knife is an excellent weapon on certain maps where there are objectives to be fought over. Players with good map awareness will be able to predict where enemies will walk or search and can lay in wait with their tactical knife at the ready.

Standing in a corner or just beyond the door that you know enemy players are going to walk through is a great tactic; you can step right behind them and knife them in the back before they get a chance to properly respond.

But what about open combat?

If another player spots you before you have time to reach melee distance, you should rely on your pistol as your primary damage dealing option.

Thankfully, since the tactical knife is an attachment for your preferred pistol, you can choose which sidearm you use for your loadout. We would recommend that you pick a pistol that has decent range and enough power to take someone down at medium distance if you are accurate with your shots.

This way, you have an option for retribution if someone gets the drop on you and you are close enough to use your knife.
Check out blog from my friend’s blog: wildlifeactionplans.org for choosing tactical knives

You can also equip a close-quarters pistol that doesn’t have great range but has excellent stopping power in damage. You’ll be doubling down on your close quarter lethality, but it might be worthwhile depending on the map and your own personal map awareness.

Leveling up your resistance division character to the second tier also unlocks a map jamming perk. This scrambles the maps of the enemy players nearby and prevents them from being able to tell your location or the locations of your teammates.

This is a great way to boost your lethality and make your job of sneaking up on the enemy and taking them out before they have a chance to retaliate even easier.

Finally, leveling up to level III in the resistance division will also grant you the ability to swap weapons faster than anybody else. If the knife and pistol combo isn’t working out, you can quickly swap to a long-range weapon and beat the enemy player to the draw. Overall, reaching as high as possible with your resistance character is key to unlocking the full potential of the tactical knife play style.

Regardless of your loadout, being able to move fluidly across the battlefield is key to being successful with the tactical knife. You’ll have to either lay in wait or close the gap between your and an enemy player before they get a chance to bring their firepower weapon to bear on your location.

Learning how to stick to corners and use cover to your advantage is critical. You should practice getting knife only kills for a few matches to drill this into your brain and learn how best to use the environment to your advantage.

After you become skilled at killing enemy players with your knife only, you can begin adding the pistol to your repertoire and truly become a terrifying presence on the battlefield.

All-in-all, the tactical knife is an excellent attachment for players who enjoy getting up close and personal with the enemy team. Although you won’t last long on an open field with your pistol and knife at the ready, you’ll be extra effective in close quarters or can find buildings, so these locations are where you should be prepared to get the most of your kills. Good luck!